Skip to content
Homepage / Bars / Snickerdoodle Blondies.
snickerdoodles. Then a few days later I made something even better:  snickerdoodle blondies. 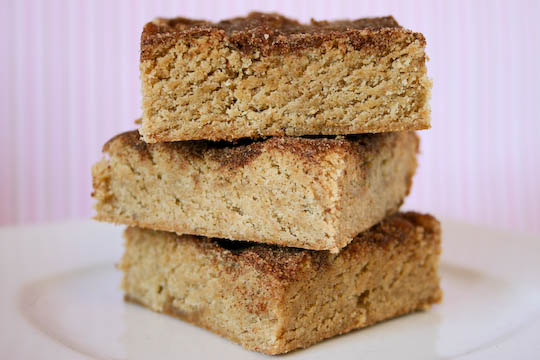 Which is really saying something because snickerdoodles are one of my least favorite cookies. 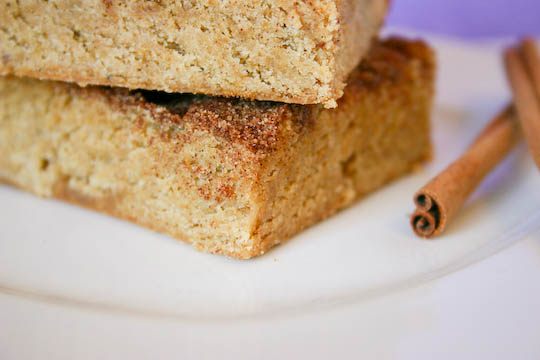 But these. These smelled amazing while they were baking, like coffee cake and cinnamon rolls. And they tasted exactly like a cakey snickerdoodle, with a flaky, crackly cinnamon-sugar crust on top that made me want to do dangerous things.
Like serve it warm.
For dinner.

With a scoop of vanilla ice cream. 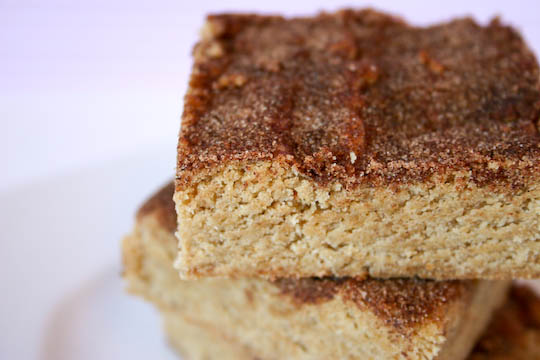 … and maybe some caramel sauce.

In a medium bowl, whisk together the flour, baking powder, salt, cinnamon, and nutmeg.

In the bowl of a stand mixer fittted with the paddle attachment, cream the butter and brown sugar on medium speed until light and fluffy, about 5 minutes. Add the eggs one at a time, beating well after each addition and stopping to scrape the bowl as necessary. Beat in the vanilla.

With the mixer on low, gradually add the flour mixture, beating just until combined. Transfer the dough to the prepared baking pan and spread in an even layer. Combine the granulated sugar and cinnamon in a small bowl and sprinkle evenly over the top of the batter.

Bake for 25-30 minutes, or until the surface of the blondies spring back when gently pressed. Remove the pan to a wire rack and let the blondies cool completely before cutting.